During the recent Eurobike 2022 trade show in Frankfurt, Swytch Technology Ltd, presented the Swytch Electric Bike Conversion Kit, which can convert almost any regular bicycle into a state of the art electric bike.

Swytch CEO, Oliver Montague states, “We believe our new product, the Swytch AIR, and it's more powerful version, the Swytch MAX, is going to be the catalyst for a significant shift in consumer-behavior towards converting existing bicycles into electric bikes, instead of purchasing brand-new electric bikes. This approach is better for the customer, and better for the planet!”

Swytch’s goal is to help people upcycle their current bicycles. Swytch CTO Dmitro Khroma goes on to say. “Electric bikes are a fantastic mode of transportation - and a great upgrade from a regular bicycle... But - in our view, most electric bikes are still too expensive and too heavy... We believe that electric bicycles should be more affordable, more lightweight, and they should still be pleasant to ride even without electric power… We also believe that electric bicycles shouldn’t cost the earth…“ He further explains how this can benefit the Earth, “Every time a new electric bike is manufactured, an average of 200kg of CO2 is released which could have been saved if we had recycled or reused an existing bicycle,” Swytch shared that there are over 1 billion bicycles in the world, and the cost replacing each bike would be over 200 million tonnes of CO2. The result will save the user money, and keep the planet sustainable – a 2 in 1 bike, a regular bicycle and an e-bike.

But how exactly does the Swytch Kit work? It is made of 4 key components: the front motor wheel; the handlebar bracket; the pedal sensor; the power pack. The front motor wheel is made to fit the exact size of the customer’s bike, working with nearly any disc or rim brake system on the market. The handlebar bracket simply attaches to the handlebars of any bicycle. The pedal sensor uses a 2-piece magnet disk that combines with your pedals to detect your pedaling motion, and the innovative pocket-sized e-bike battery that attaches to the handlebar connector.

The 250W pedal-assisted front wheel motor draws power from the pocket-sized battery. Swytch has an entry-level battery, the Swytch AIR, providing a capacity of just under 100Wh (a range of 15km for one full charge). It takes just one hour to fully charge, and weighs only 700g.

Asides from the AIR, Swytch offer a number of different upgrades with further features. The Swytch MAX (1.1kg) provides 180Wh capacity, with a 2-hour charge time, capable of powering a 30km journey. The batteries can easily be switched out and replaced on a journey. Further display options include the LCD display that can display trip data such as speed, time, and distance; it also allows you to adjust the power level between the 5 power modes. Multiple color options are available.

The new design means the battery is not too large or bulky and can fit into your jean pockets. The best-in-class lithium ion cells are used in the battery providing a high discharge and long lifetime.

Many e-bikes are heavy to ride when the power is off, but thanks to the lightweight geared hub, you’ll hardly notice if the power ever goes off.

The system has also been designed to be easy to install by the customer directly – 40,000 customers across the world have already upgraded their bike into a Swytch bike. Some users will be thrilled to learn that the Switch Kit has also been approved for plane travel.

If you happen to have one of these older versions of the Swytch kit, from as far back as 2017, worry not, the new Swych AIR and MAX kits are backwards compatible, so any customer with a previous version of the Swytch kit can easily upgrade to the new system.

The regular retail price is £999, a little over NT$35,000. However, if you are willing to wait, you can pre-order a kit and get it at a trade price of £499, you can receive a kit straight to your door from the factory with a 50% discount. The Swytch Kit can be bought directly from Swytch’s webstore, from Amazon, or eBay stores. Given the popularity of this discounted price, Swytch has seen a huge demand for their latest product. The next opportunity to pre-order will be in September, 2022. 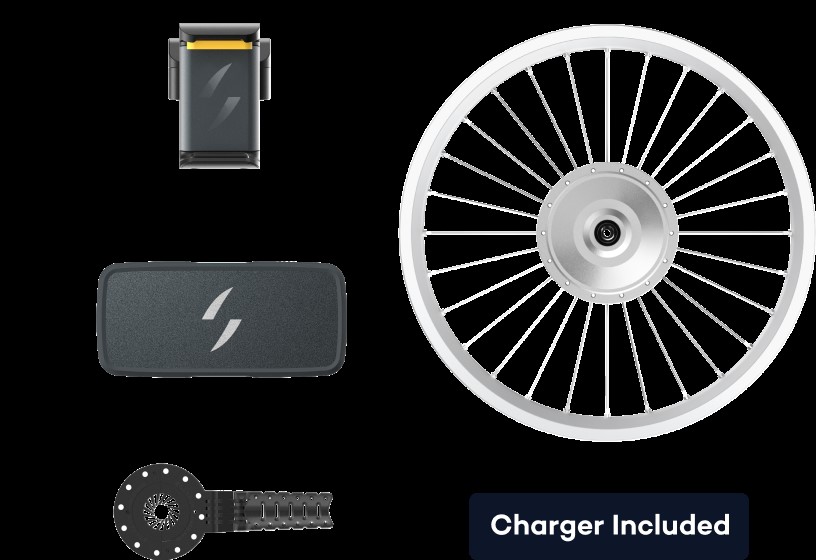