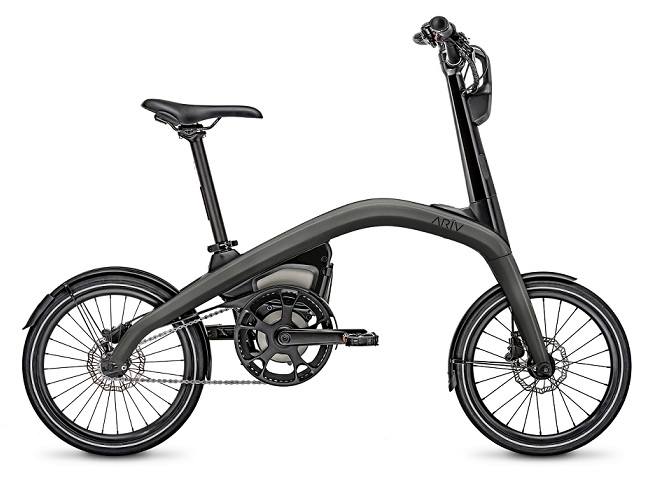 Detroit, USA — Major American automobile company General Motors (GM) have announced that they have started taking preorders in three European countries for their new line of e-bikes. The Arīv e-bikes are launching first in Germany, Belgium and the Netherlands, due to the popularity of lithium-ion battery-powered e-bikes in those markets. Pre-ordering was available via www.BikeExchange.com starting from February 14th, 2019.
GM also announced Arīv as the name of its new eBike brand, which includes two innovative, integrated and connected eBikes: the Meld, a compact eBike, and the Merge, a folding e-bike. The name Arīv was selected as part of a global crowdsourcing campaign announced in November 2018.
In Belgium and the Netherlands, the Arīv Meld is €2.800 and the Arīv Merge is €3.400. In Germany, the Arīv Meld is €2.750 and the ARĪV Merge is €3.350. The Arīv eBikes are scheduled to begin shipping to customers in Q2 of 2019.
“The crowdsourcing campaign allowed us to bring consumers into the development of our brand,” said Hannah Parish, Arīv director. “Combine that with our products and our blend of bike and automotive talent, and the result is a unique brand DNA.”

Engineering Enhanced by Automotive Standards
Arīv used GM’s automotive-grade capabilities to set high standards in e-bike engineering. GM’s extensive experience with electric vehicle motor software and controls greatly influenced the proprietary GM motor that was built from the ground up specifically for Arīv e-bikes. The motor delivers top-of-segment power and torque for its size. It also enables speeds up to 25 kph with four levels of pedal-assisted power.
The battery was validated to rigorous safety standards similar to GM’s electric vehicles batteries. Riders can charge their Arīv e-bike’s battery in approximately 3.5 hours and receive up to 64 kilometers of ride time on a single charge.
The Arīv Merge and Meld come standard with safety components such as integrated, rechargeable front and rear LED safety lights for increased visibility and oversized brake rotors to increase stopping power. 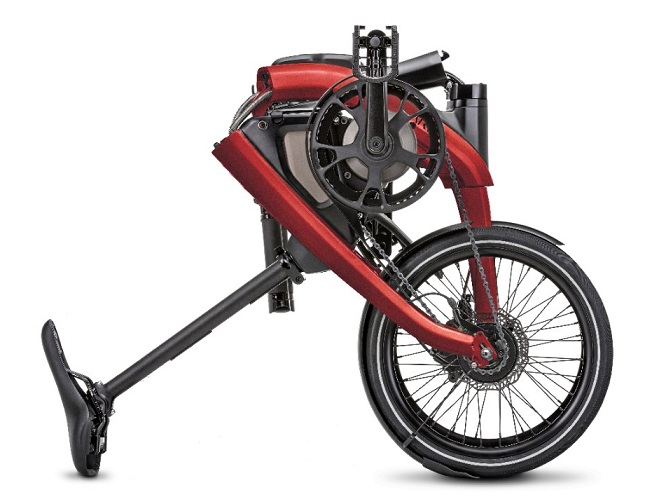 Connected and Smart
Both Arīv eBikes connect with the Arīv e-bike app via Bluetooth. The app provides riding metrics such as speed, distance, remaining battery level, motor assist level, distance traveled and more. Additional features are planned for the app including a mode that will use a proprietary algorithm to help riders arrive at their destination sweat-free.
Each Arīv Merge and Meld comes equipped with a Quad Lock mount, a market-leading system to securely attach a smartphone to the e-bike. An integrated USB port allows riders to maintain their phone’s charge while on the go.