CONEBI Announces Renewal of Board of Directors

Brussels, Belgium – European bike industry association has held its General Assembly. The meeting, which was attended by all CONEBI members representing more than 500 bicycle, component and accessory companies across Europe, took place in Brussels on October 29th.
During the General Assembly, the Board of Directors was renewed for an additional term of two years and Mr. Ton Anbeek, CEO of Accell Group, joined CONEBI as Vice-President. The Board of Directors now consists of: Mr. Erhard Büchel (CEO of Büchel GmbH & Co. KG) as President, Mr. Ton Anbeek (CEO of the Accell Group) as Vice-President, Mr. Paulo Fernando Monteiro Rodrigues (CEO of Mind over Body) as Vice-President, Mr. Massimo Panzeri (CEO of Atala) as Vice-President and Ms. Sacha Boedijn (Manager of the Bicycle division within RAI Vereniging) as Treasurer.
During the General Assembly a wide variety of topics was discussed, including the update on the revision of the Motor Insurance Directive (which is in its final phase in the Council of the European Union), the current work in Brussels on the EN standard for PLEVs (Personal Light Electric Vehicles) and the announcement of the first contribution by CONEBI (via and together with the World Bicycle Industry Association) to a United Nations policy document on Mobility as a Service.
In addition, the CONEBI General Assembly strongly welcomed CONEBI’s appointment by the European Commission to the European Commission Single Platform on Cooperative, Connected and Autonomous Mobility (CCAM). Road safety and traffic management systems, in the context of multimodal smart mobility, the role of in-vehicle data, digital and road infrastructure are all pivotal topics in the overall growth of bicycles and e-bike sales in the future cycling landscape, with specific attention to urban mobility.
The next CONEBI General Assembly will take place in May 2020. 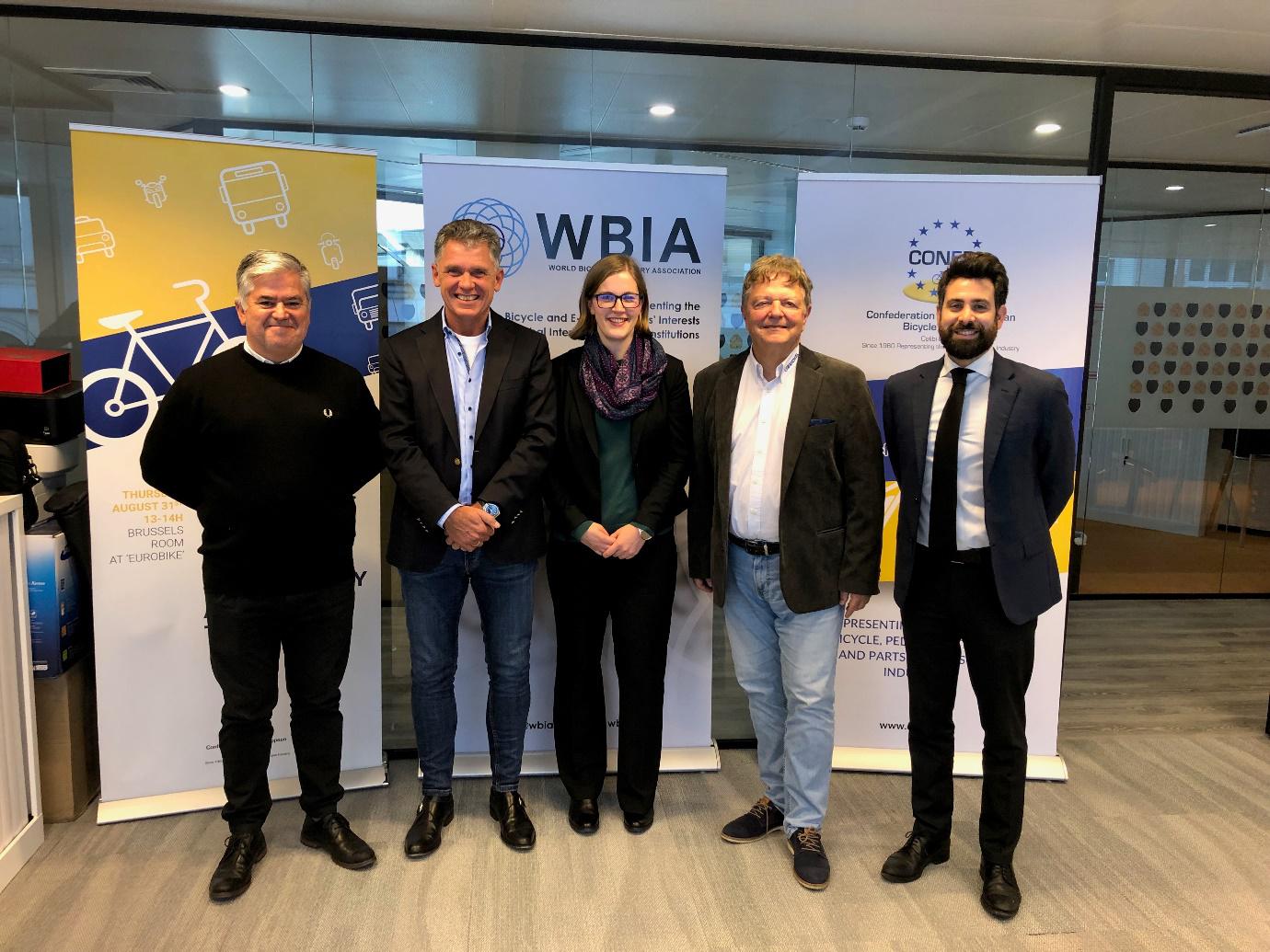