On the first day of Taichung Bike Week (TBW), the Tempus and Evergreen hotels were flooded with throngs of international buyers, and numerous meetings with exhibiting firms were held. At the Splendor Hotel, which had the greatest number of vendors, buyers were relatively few, however. Nevertheless, many manufacturers stated that their chief European and American buyers were all at TBW, and even some customers who did not attend Eurobike were present at TBW. The most attention-getting products at the show still consisted of e-bike frames, motors, batteries, electrical control systems, oversize tube diameter suspension forks aimed at e-bikes, and parts for gravel bikes. Posters stating that the 2020 TBW would be held October 13-16 had been put up at the Splendor Hotel and Evergreen Hotel, and induced discussion among exhibiting firms. Some persons commented that Cologne's International Motorcycle Fair would be held in early October next year, while others felt that TBW should not be so close to Eurobike, because parts manufacturers need 45 days to make prototypes, and seeing prototypes is what TBW is all about. Some Europeans also felt that mid-October is too late. Responding to inquiries from this publication, Hank Kao, director of the Industrial Development & Investment Promotion Committee of Taichung City (IDIPC) noted that the scheduling of 2020 TBW has not been finalized, and expressed his wish to establish a schedule that the majority can agree after taking a survey of exhibiting firms' and buyers' views. 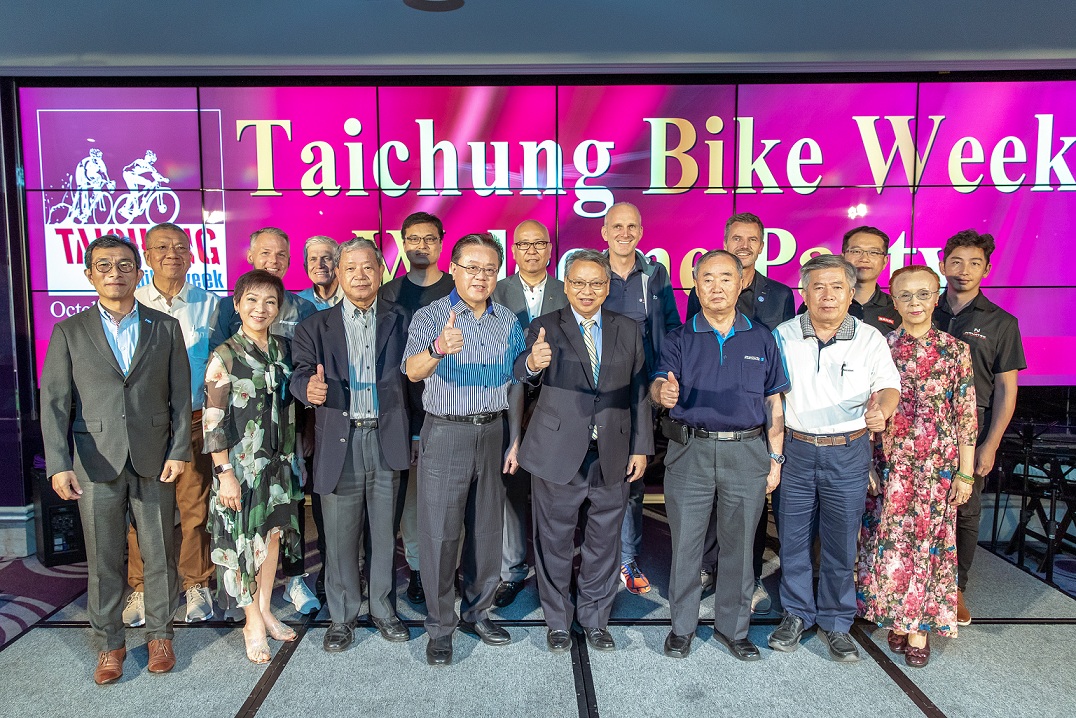 According to Taichung Deputy Mayor Bruce Linghu, Taiwan's bicycle industry plays a pivotal role in global bicycle markets, and Taichung—which is located at the center of Taiwan—possesses an all-inclusive and highly competitive bicycle industry cluster, and is an R&D and manufacturing stronghold for mid-/high-end bicycles. The Taichung city government hopes that TBW will draw domestic and foreign firms to this bicycle industry cluster, and show them Taichung's enthusiasm and support for bicycles. According TBA Chairman Michael Tseng, in the face of the China-US trade war and the European Union's anti-dumping trade barrier, firms in Taiwan will strive to response, make adjustments on the fly, and seek for breakthroughs. Hank Kao retired from SRAM last year, and has had extensive experience in the bicycle industry; he has recently been hired by Taichung's mayor to serve as director of IDIPC. Kao also shared some good news: Ground was broken for Taichung's new Shuinan International Convention Exhibition Center on March 23 of this year, and the first phase of construction is expected to be completed within two years. When completed, the Exhibition Center will accommodate 3,000 booths. The second phase is scheduled to be completed in 2023, and will boost the total number of booths to 5,000. When the time comes, we are certain that Taiwan's chief bicycle show can be held in Taichung, and the large number of firms in the industry will no longer have to travel to Taipei, which will save them much travel expenses.