Pon.Bike has announced its acquisition of Dutch electric cargo bicycle brand, Urban Arrow. Urban Arrow was founded in Amsterdam ten years ago by Jorrit Kreek and Gerald van Weel, and is currently active in 20 countries. Urban Arrow produces electric cargo bikes for both the consumer and business markets. In the business market it focuses on so-called last-mile mobility and produces bicycles for companies like Coolblue, Albert Heijn and PostNL. By focusing on companies that deliver thousands of parcels in the arteries of the city every day, Urban Arrow wants to make an active contribution to a greener and more liveable urban environment. 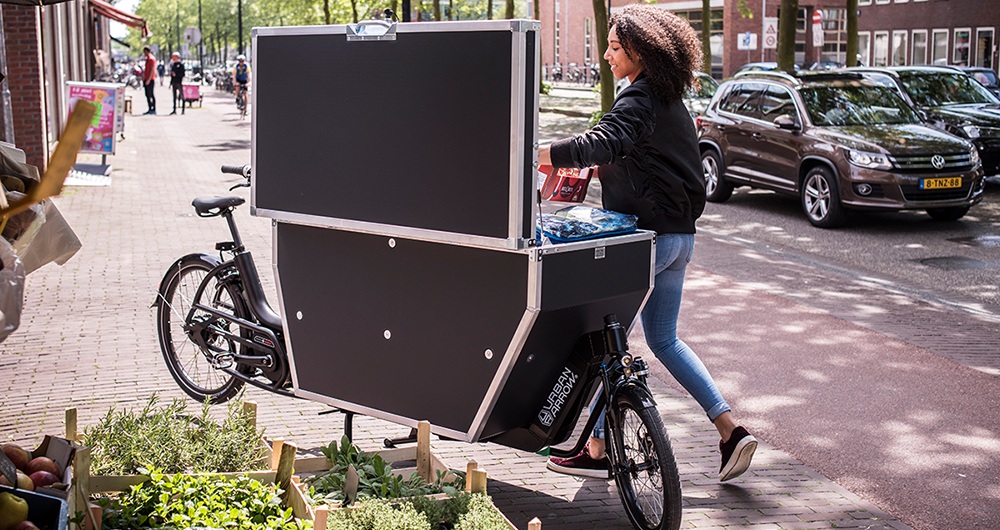 The acquisition of Urban Arrow fits in perfectly with Pon.Bike’s aim to keep the city accessible. According to Pon.Bike, electricity gives the bicycle many more possibilities than ever before. “Urban Arrow is a fantastic answer with a range of different types of cargo bikes,” says Marc Bakker, CEO of Pon.Bike. The fact that Urban Arrow makes bicycles of absolute top quality is also important to Pon Bike. “Urban Arrow is a great addition to our portfolio of premium bicycle brands and sustainable concepts,” says Bakker.

Urban Arrow will operate independently within Pon.Bike, with the brand being further expanded in the Netherlands and internationally. Founder Jorrit Kreek: “Now that we have Pon.Bike as a powerful partner at our side, we can continue to innovate and make a contribution to the city of the future with our smart urban mobility solutions.

Gerald van Weel complements: “The demand for our products has been overwhelming right from the start. In cities all over the world, our products feel the spirit of the times and thus fill a gap in the market. With Pon.Bike’s mobility and sustainable ambitions, in addition to its strength, we can now scale-up even faster.”

Pon.Bike is a top-five player in the global bicycle market with international A-brands such as Gazelle, Cervélo and Santa Cruz. It also has other innovative concepts such as, Swap bike and Lease a Bike. Pon.Bike is part of Pon Holdings, the largest mobility group in the Netherlands.